In addition to his practice in Minnesota, Mr. Thornsjo has represented insurers, manufacturers and other entities in jurisdictions such as Iowa, Michigan, New York, North Dakota, South Dakota and Wisconsin.  He is a 1984 cum laude graduate of the William Mitchell College of Law (now Mitchell Hamline School of Law). He is a member of the Defense Research Institute, its Insurance Law Committee, and that Committee’s Commercial General Liability Subcommittee. As a member of DRI’s local arm, the Minnesota Defense Lawyers Association, he was a founding co-chairman of MDLA’s Insurance Law Committee, a past chair of the MDLA’s Toxic Tort and Environmental Law Committee, and is a member of its Construction Law Committee.  He is also a member of the Federal Bar Association, and the Association of the Bar of the United States Court of Appeals for the Eighth Circuit.

The Firm is a member of the International Society of Primerus Law Firms where Dale serves as the Chair of the Primerus Defense Institute’s Executive Committee.  In addition, Dale co-chairs Primerus’ groundbreaking Resources Committee which is focused on identifying, integrating and implementing technology and legal process management principles into the Society’s 170 law firms and 3,000 lawyers to enhance Primerus’ small and medium-sized firm members’ ability to effectively deliver their legal services in constantly morphing litigation and business environments.  Dale has taken these roles on following his work on the Primerus Defense Institute’s Insurance Coverage and Bad Faith Committee where he served on its Executive Committee as a member and its Chair for several years. 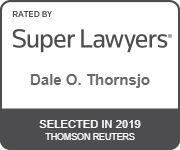 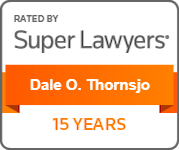